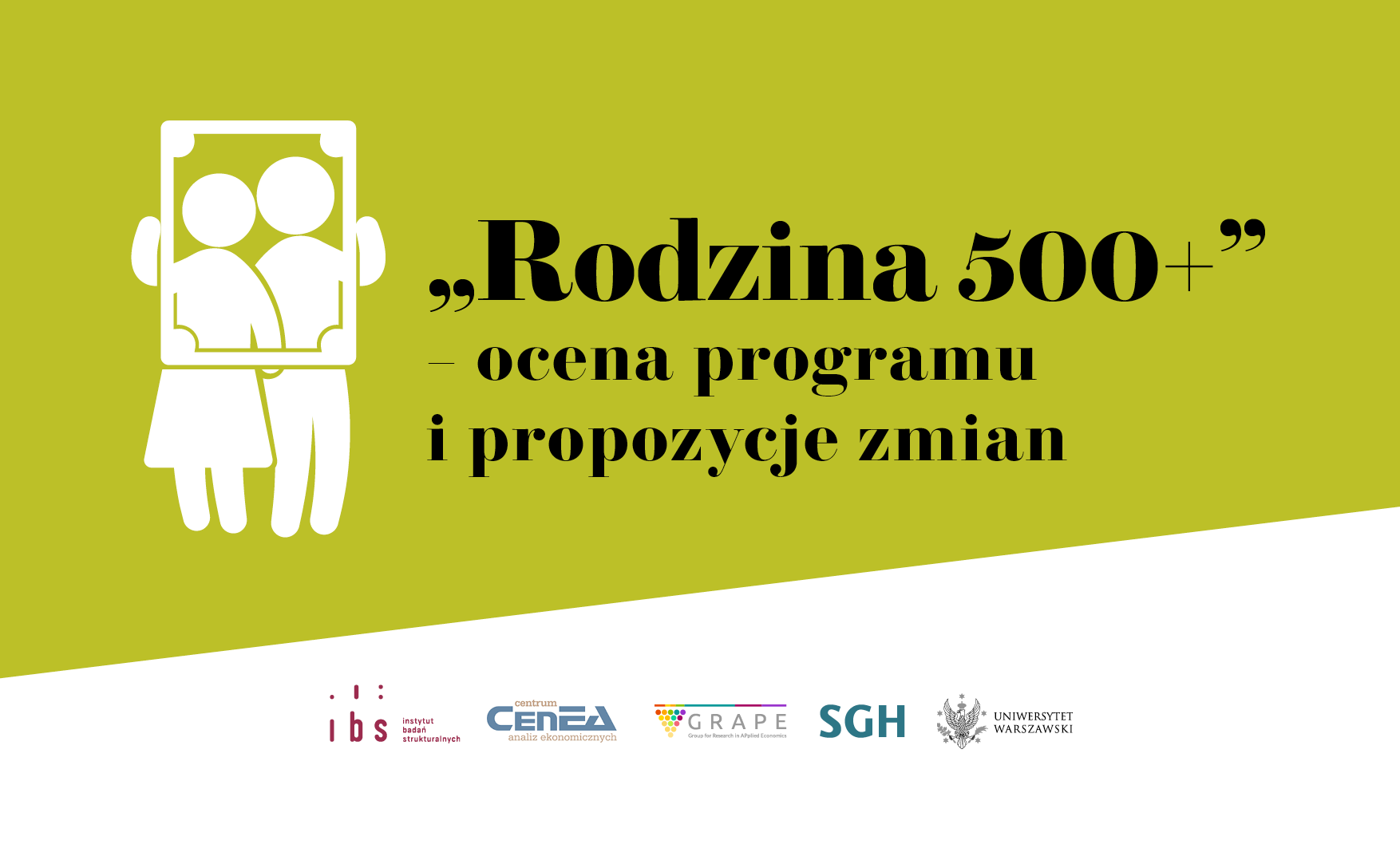 The balance of the "Rodzina Plus Programme: no increase in fertility rate, 12% of the Programme budget would be sufficient to eliminate extreme child poverty, 100,000 women pushed out of the labour market.

From the moment of launching the "Rodzina 500+" Programme until the end of April 2019, the state's expenditure on this purpose has already exceeded PLN 70 billion. After the extension of the Programme by the first child, its annual cost per employee will amount to almost PLN 2,500.

The main conclusions of the balance are as follows:

1. The 500+ Programme did not increase the number of births

The "Rodzina 500+" has not worked well in relation to its primary objective, i.e. to increase birth rates and improve the demographic situation. Between 2016 and 2017, there was a slight increase in the number of births, but this number already fell in 2018.

According to the authors of the report, "500+" did not have a significant impact on the decision to have the first child or subsequent children. International experience and research indicate that 'fertility cannot be attributed in any way to social benefits'. The fertility rate is a result of many factors, in particular the assessment of the general financial situation and prospects on the labour market, on which "500+" does not have much influence, as well as the quality of care and education for children, flexible leaves, infertility treatment and reducing the asymmetry in the burden of domestic duties of women and men. After three years of the Programme's operation, it is clear that it did not change the unfavourable trends in demography in Poland, including the increasingly later decisions about having children.

2. 12% of the 500+ budget would be sufficient to reduce extreme child poverty

According to the Central Statistical Office (GUS), the poverty reduction of families with children is much smaller than assumed in the implementation of the Programme. Only 37% of the money spent under the Programme goes to poor families, and only slightly more than 12% of the funds allocated by the state to "500+" would be enough to eliminate extreme child poverty. At present, approximately PLN 1.5 billion from the Programme goes to the richest families, and thanks to the extension of "500+" also to each first child, another PLN 5 billion will go to them.

3. 500+ pushed 100,000 women out of the labour market (especially those with low incomes, lower education and from small towns)

4. The high Programme costs limit the room for manoeuvre in public finances by forcing tax increases and other expenditures.

In the current formula, in 2019 alone, the Programme would cost PLN 22 billion, and after the abolition of the income threshold in 2020, its costs will increase to PLN 41.2 billion.  When new problems arise, the government introduces new, craftily called revenue enhancements, which are simply additional taxes. So far, the government has introduced:

and the changes in special economic zones are to bring another PLN 1.1 billion.

Moreover, the policy of freezing PIT thresholds is to be continued, which in the period 2015-2020 will amount to PLN 6.5 billion and of freezing salaries in the budget sector, which will result in another PLN 9.2 billion.

press-release500-pluspdfraport500plusfinal.pdf
ABOUT US
PROJECTS
PUBLICATIONS
SUPPORT US