Rule of Law in Poland 2020: International and European responses to the crisis 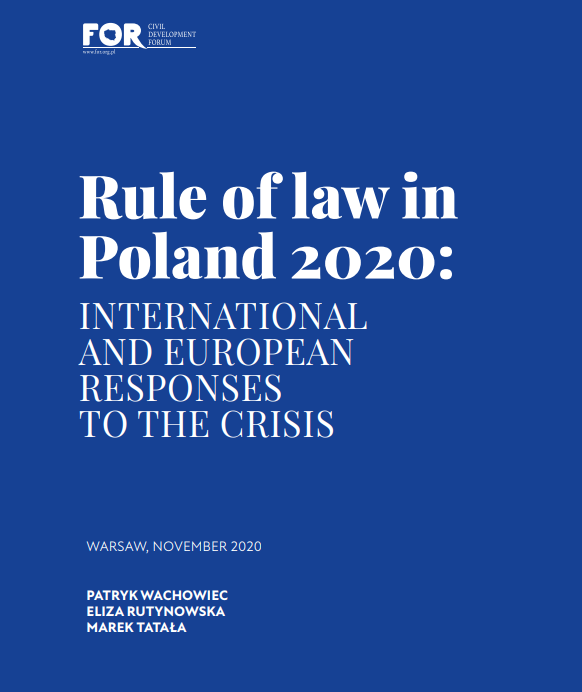 The ongoing negotiations between the EU institutions and members states about how to link funding to respect for rule of law might lead to another tool ensure that member state comply with the treaties. In this report Civil Development Forum (FOR) evaluated previous activities and tools used by the European Union, other in other international organizations and foreign bodies regarding the rule of law crisis in Poland. It deals mostly with the political and judicial measures adopted by the European Union, due to the profound impact of the situation in Poland to the bloc and the broad array of tools used against it, but also refers to the Council of Europe, the United Nations and its agendas, and private or unilateral responses to the crisis. The report further elaborates on the assessment of the tools deployed by the said actors and, lastly, offers recommendations on how to deal with the rule of law crisis in the most efficient way.

Rule of Law in Poland 2020: International and European responses to the crisis
ABOUT US
PROJECTS
PUBLICATIONS
PRESS OFFICE
SUPPORT US