New book "DISCOVERING FREEDOM 2. IN DEFENSE OF REASON " - with a preface and a selection of texts by Leszek Balcerowicz 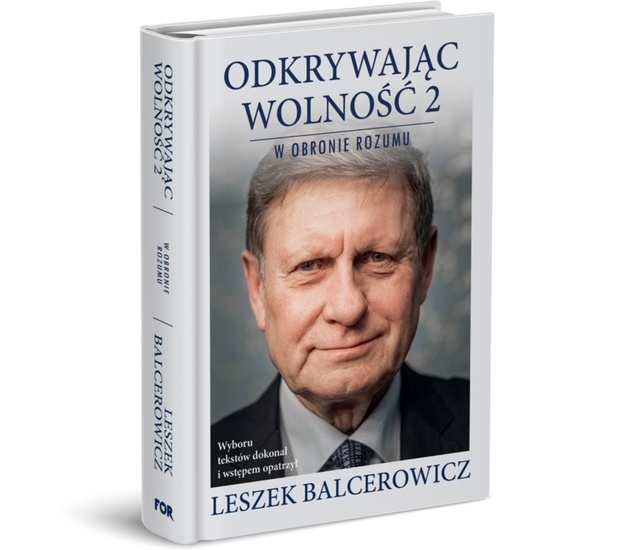 The publication "Discovering Freedom 2. In Defense of Reason” is a collection of articles by liberal scholars discussing the fundamental issues of individual freedom and its impact on the development of societies. It is a continuation of the compilation of texts on freedom titled "Discovering freedom. Against the enslavement of minds” published in 2012.

Texts cover a wide array of topics: What kind of systems to the greatest extent guarantee freedom to the people? What is the relationship between economic freedom and democracy? How does free market capitalism contribute to economic development? Why, despite empirical evidence of the effectiveness of the capitalist economic system, its criticism is still alive? How to introduce economic transformations towards capitalism and how has capitalism changed the world?

In the book, among others:

The selection of texts for the book and preface was prepared by Leszek Balcerowicz. Marcin Zieliński - FOR’s economist is the editor of the publication.

The book was published by the Civil Development Forum Foundation and the Czerwone i Czarne Publishing House, thanks to the financial support of the partners: the Economic Freedom Foundation and Sebastian Kulczyk.

You can order the publication in FOR’s online store at: www.SKLEP.FOR.ORG.pl

The book will be accompanied by extensive internet promotion - including a series of podcasts about freedom with invited guests and meetings with Leszek Balcerowicz all over Poland. The details of the campaign will be updated on an ongoing basis on the link to be found below.