Law on pharmacy profession - another step towards closing the market 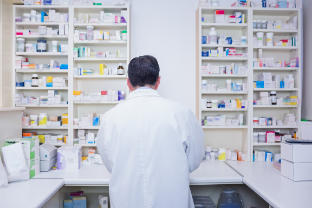 In October of this year, the Supreme Pharmaceutical Council (NIA) signed an agreement with the Minister of Health on a "Strategy for the Development of Pharmacies". The “Strategy" obliges the Minister of Health to "take urgent and effective actions" next year aimed at, among others, increasing pharmacy margins on reimbursed drugs, further combating pharmacy chains or regulating non-pharmacy trade. In other words, it directly announces the intention to limit competition and strengthen local monopolies, which will have to translate into higher prices and lower quality of services from the patients' perspective.

Bureaucratic burdens, regulations limiting competition, inflexible labour laws, complicated and time-consuming tax settlements with the tax authorities are problems for years identified by entrepreneurs as the biggest barriers to business. The COVID-19 pandemic has prompted the government to introduce additional restrictions that often have a negative impact on business.

We believe that especially in this difficult period entrepreneurs need deregulation which will increase their flexibility in adapting to new economic conditions. Therefore, we are looking for solutions that will help to unleash the potential of entrepreneurs. In order to find the regulations most harmful for entrepreneurs and to show the benefits of deregulation for growth after the crisis, we have launched the following website: www.deregulacja.pl.