American celebration of 30 Years of Freedom in Poland 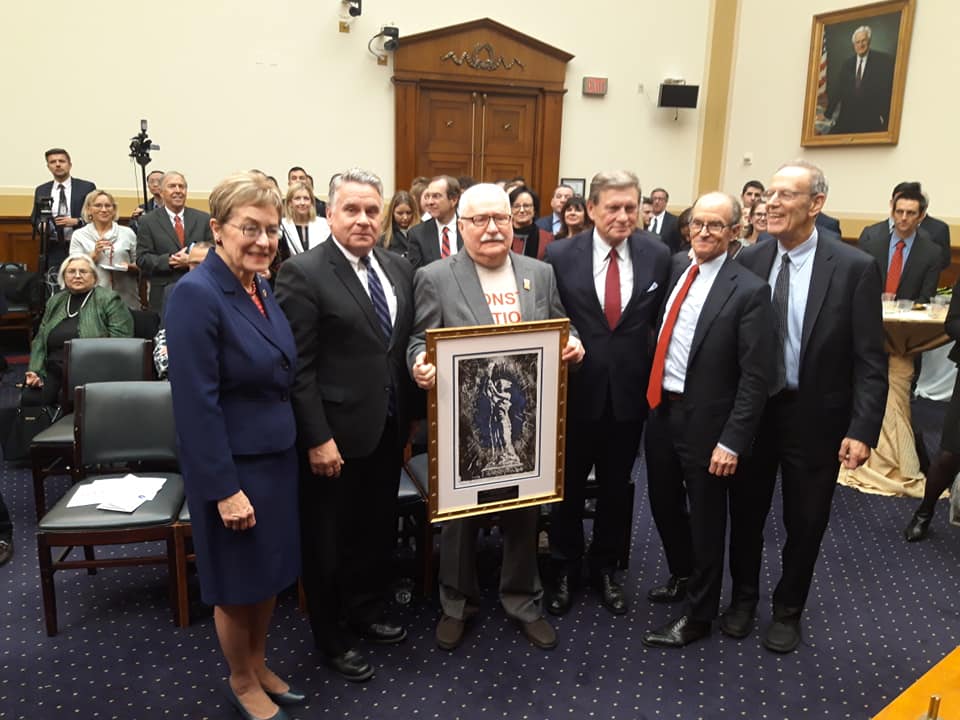 In mid-November 2019 Leszek Balcerowicz and Lech Wałęsa visited Washington DC to participate in events organized on the occasion of the 30th anniversary of the transformation and political changes in Poland as part of the "30 Years of Freedom" project.

The first event was Lech Walesa's speech to the House Committee on Foreign Affairs of the United States House of Representatives. The main theme of the meeting, during which the President presented his assessment of the state of democracy in Poland, was "Democracy and NATO Alliance: Supporting Common Democratic Values". The event was attended by 13 members of Congress, including William Keating, Albio Sires, Marcy Kaptur, Adam Kinzinger and Ann Wagner.
Recording of Lech Walesa's speech

On the same day, one of the largest American organizations supporting democracy in the world, the National Endowment for Democracy (NED), organized a party on the occasion of the "30th anniversary of Poland's Democratic Transformation in 1989" with Lech Wałęsa and Leszek Balcerowicz as its main guests. Participants included William Keating, Chairman of the Europe, Eurasia, Energy and Environment subcommittee of the House Foreign Affairs Committee; Marcy Kaptur, Congresswoman in the House of Representatives; Carl Gershman, Chairman of the NED and Daniel Fried, former U.S. Ambassador to Poland. Summary of the 30th anniversary celebrations on the NED website

On November 14, Lech Wałęsa and Leszek Balcerowicz addressed the conference "Democracy in Central Europe after Thirty Years", commemorating the 30th anniversary of the historical democratic changes in Poland and Central Europe. Other speakers at the conference were prominent members of Congress and historians, including: Anne Applebaum (historian, Washington Post columnist), Victoria Nuland (senior advisor to the Albright Stonebridge Group) and former US Ambassador to Poland, Daniel Fried. Recording of the conference

On November 15th Leszek Balcerowicz spoke in front of one of the most famous American free-market think-tanks, the Cato Institute, where during his lecture entitled "Liberalism, Authoritarianism and Good and Bad Transformations" he introduced the American audience to the subject of the political transformation of the economy and the threats to freedom posed by populism. As many as 3.5 thousand people watched the broadcast of the speech. Recording from the lecture

And on November 18th, Lech Walesa gave a speech at Harvard University on the occasion of the 30th anniversary of the overthrow of communism - at the invitation of the prestigious Institute of Politics of the Harvard Kennedy School. Recording from the lecture

Media about the visit: