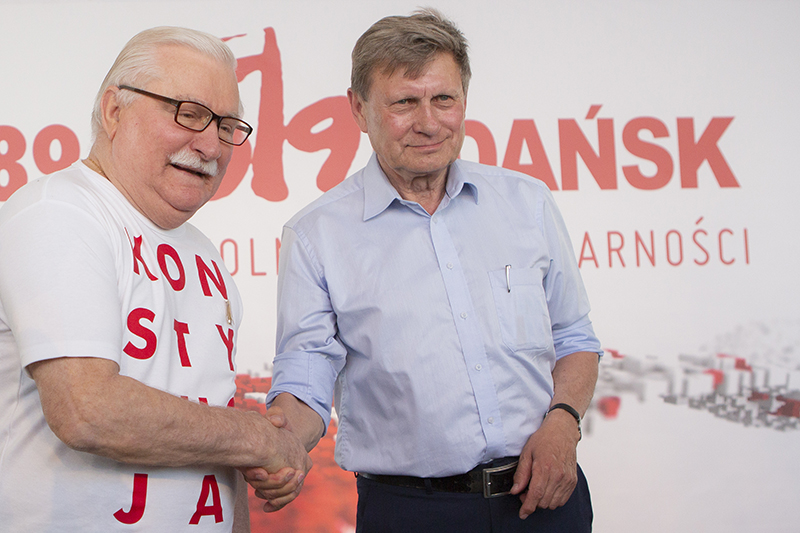 Three decades ago, on November 15, 1989 Lech Wałęsa spoke to the joint session of Congress as the leader of the “Solidarity” – a movement that has just toppled communism in Poland, and began the unraveling of the Iron Curtain.

The peaceful and bloodless success of “Solidarity” would not have been possible without strong support from United States and the American people that have always remained positively predisposed to the ambition to freedom and democracy of those that remained suppressed and subdued. The United States and Poland are united by their shared commitment to democratic values, civil liberties, human rights, rule of law, free market and security in Europe. Our two nation have also a long history of fighting arm-to-arm in various struggles for liberty in every century since the American Revolution.

The economic success of Poland after 1989 is indisputable. The economic advances, prosperity, and GPD growth had been clear indicators of Poland’s success story than begun in 1989 and that radically improved life quality of people.

The visit will start on November 13 with a speech of Lech Wałęsa, a legendary leader of the “Solidarity” movement and former Polish President, to the members of Subcommittee on Europe, Eurasia, Energy, Environment of the Committee on Foreign Affairs at the House of Representatives. Lech Wałęsa will give his remarks on the state of democracy in Poland. The meeting with members of Congress and other invited guests on the Capitol will follow.

On the morning of November 14 Lech Wałęsa and Leszek Balcerowicz, the author of the economic reforms, former Deputy Prime Minister and Minister of Finance, will visit the Victims of Communism Memorial and pay their respect with a moment of silence. Later that day a conference "Democracy in Central Europe after Thirty Years" will be held on the occasion of the 30th anniversary of Wałęsa’s address to Congress. The event, sponsored by the National Endowment for Democracy, will be a perfect opportunity to commemorate the 30th anniversary of the historic democratic transition in Poland and Central Europe.

Lech Wałęsa and Leszek Balcerowicz visit to the US - press release
See also: