Press briefing with the participation of Madeleine Albright, Lech Wałęsa and Leszek Balcerowicz 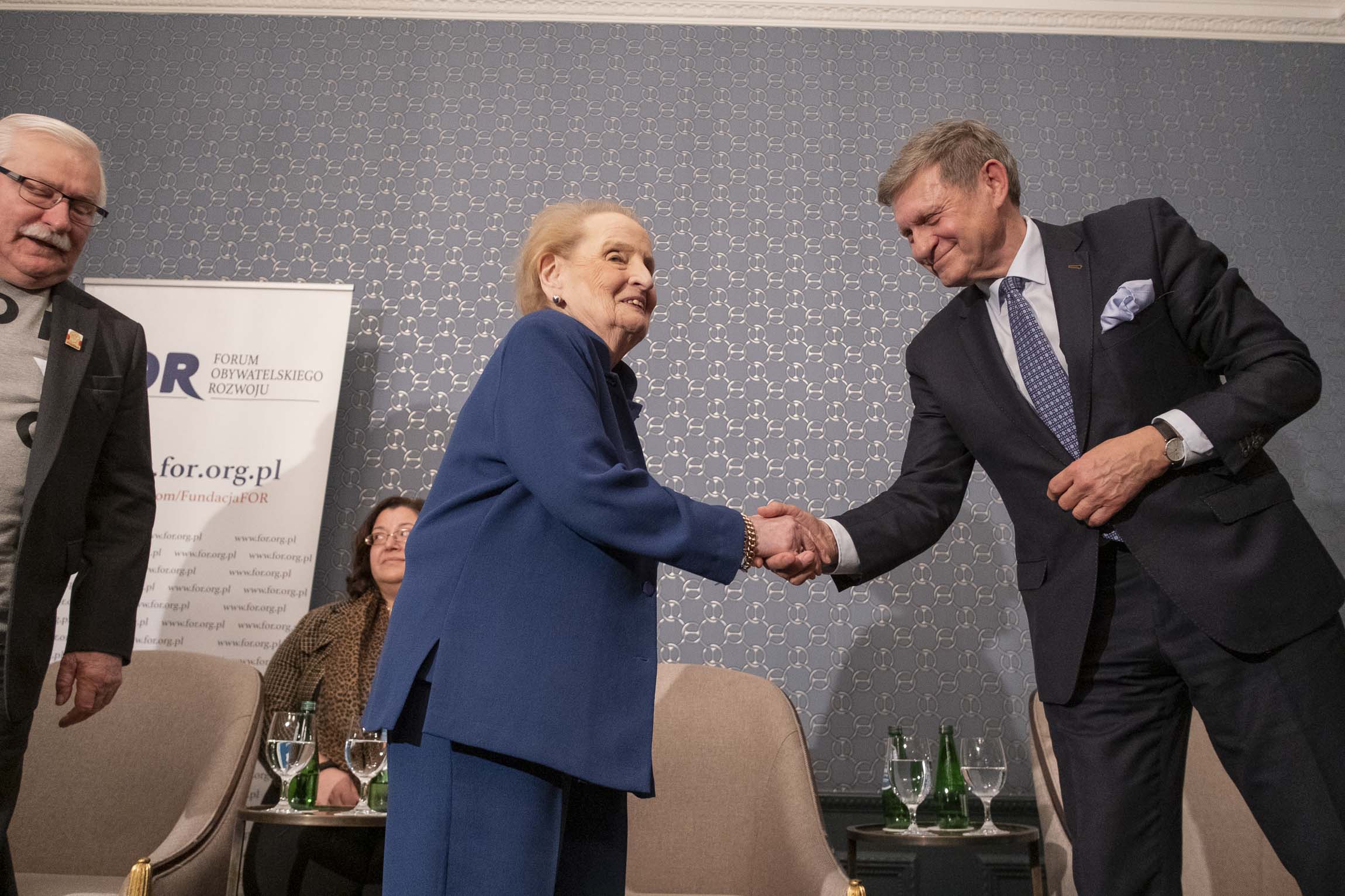 A special press briefing with the participation of Madeleine Albright, former Secretary of State of the United States, Lech Wałęsa, former President of the Republic of Poland and Leszek Balcerowicz, former Deputy Prime Minister and Minister of Finance.

The event was organised by the Civil Development Forum Foundation as well as the Lech Wałęsa Institute within the framework of Madeleine Albright's visit to Poland on the occasion of the 20th anniversary of Poland, the Czech Republic and Hungary's entry into NATO.

At the beginning Present  Lech Wałęsa greeted Secretary  Madeleine Albright and thanks her for her help in building a new world: "Together we closed the division of country blocs in the world. We opened the age of intellect, information and globalization."

Leszek Balcerowicz joined in the thanks and noted that "everyone loves the word "democracy", even dictators". However, he added "we are referring to a liberal democracy, which is made of three elements: the rule of law (including an independent judiciary), civic rights and economic freedom". He emphasised "there is no democracy with an economy that is dominated by the state".

Madam Secretary was delighted to have been able to hold a discussion with persons with such great contributions to the Polish reforms. She recalled her visit to Poland in November of 1981 when she met Lech Wałęsa: "I believe that you are the best speaker in history, talking to the workers. It was a great pleasure to listen to you. I am a supporter of "Solidarity". I am always happy to return here". 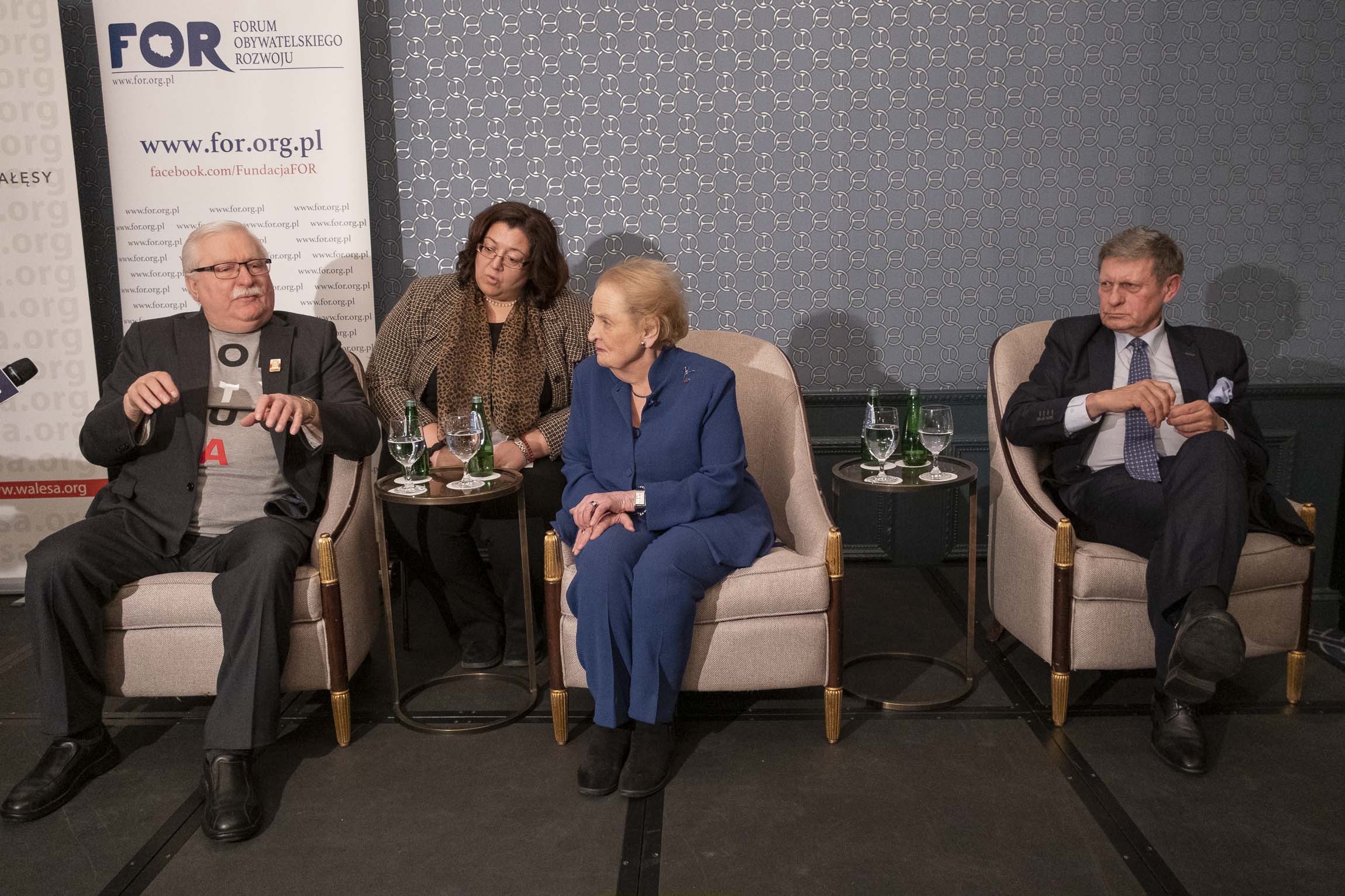 You can watch the video on the FOR profiles on social media (link below):

See also:
ABOUT US
PROJECTS
PUBLICATIONS
PRESS OFFICE
SUPPORT US